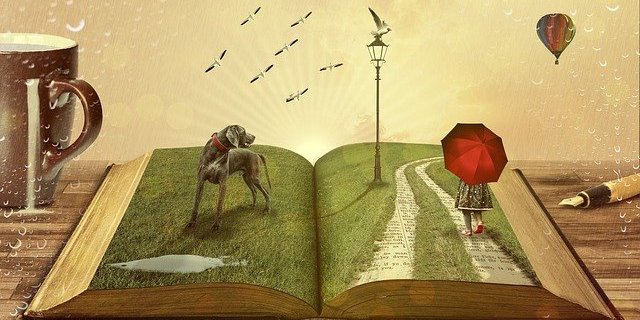 The Rise of YA Fiction

Young Adult fiction has always been a popular genre. There are even entire sections in bookstores dedicated to YA, and the shelves seem to keep getting more crammed.

But recently, YA fiction seems to be at an all-time high, with new titles being published every week and movie deals announced just as quickly.

There are also hugely popular series like Harry Potter, Twilight, The Hunger Games, Percy Jackson, and The Mortal Instrument that have expanded the audience for YA fiction

What is YA Fiction?

YA Fiction? What the heck is that? YA stands for Young Adult and encompasses stories featuring characters and themes that interest the teenage audience. Its popularity rose in the recent years thanks to some amazing authors making it the new supernatural, and it is more than just a subgenre.

In the past ten years or so, it seems that young adult novels have exploded onto the book scene. This new sub-genre has brought in a wave of new writers to the publishing industry. From vampires and werewolves to dystopia and contemporary romance, YA has it all. I’ll tell you just what YA fiction is, why it appealed to so many teenagers, and how publishers and marketers took notice.

Why do we love this genre?

Teenagers are at an age when many of them are making decisions that will affect the rest of their lives. They’re trying to figure out who they are, what they want to be, and how they fit into the world. That’s a lot of pressure for someone who hasn’t even finished high school yet. YA novels put those questions into story form. Readers can explore ideas like death, love, and responsibility through the eyes of characters who might feel like their friends or even themselves.

Characters in YA novels have to struggle with making decisions about drugs, alcohol, sexuality, friendships, and family relationships. Those struggles let readers experience what these issues are like without having to deal with the real-life consequences.

The thing about young adult fiction is that it’s not so much one genre as it is the umbrella term for a category of books featuring characters who fall somewhere in the age range between adolescence and adulthood. And while some of these books definitely have a romantic bent (see: Twilight), many don’t. In fact, many of the most popular YA novels are actually filled with action, adventure, humor, and drama.

YA literature depicts the journey into adulthood of young adults in a very authentic manner. It captures the complexities of teenage romance in a way that is both endearing and engaging. The settings in which the stories are based are usually familiar to students and teens across America

The protagonists in YA literature usually come from different cultural backgrounds. They may come from a broken family. Often, they have to deal with issues such as learning disabilities, mental disorders, abuse, peer pressure, and bullying, all while dealing with first love and other complex emotions like jealousy, self-doubt, and insecurity in a healthier manner than their older counterparts.

YA novels are also becoming more and more diverse in terms of both race and sexuality. This is great for two reasons: First, it introduces different perspectives into our culture, which can serve as a catalyst for change; second, it gives readers the opportunity to see themselves in a book’s main character.

In today’s day and age, when both diversity and acceptance are such hot topics in politics, media, entertainment, and academia, it seems fitting that these issues should be portrayed in literature as well.

What are some popular YA novel series?

Tropes of the YA genre

YA Fiction is here to stay

Today’s teens are faced with a host of challenges that previous generations did not have to face for themselves. School shootings, peer pressure; body image issues; and bullying are just some of the problems facing teenagers today. Young Adult novels offer an escape for teens to enter into a world where they can overcome their challenges, be empowered, and gain confidence through overcoming adversity. YA fiction is also known for promoting tolerance, which is increasingly becoming an issue in our society.

It’s clear that YA fiction is here to stay, and it will continue to evolve. Given its continued growth, the blending of young adult literature into other genres is only a matter of time.

Whether you’re a regular reader of YA or not, it’s best to embrace this category of novels. The YA subcategory is not going anywhere, it is seriously taking off with each passing year, and the creativity and engaging stories contained within these pages will more than likely be known for generations. Wherever your tastes may lie in terms of genre or age group, YA fiction is here to stay.